#Thinkonit – Without equal parts, we cannot be whole

The photographic campaign to raise awareness on gender equality and promote the fight against discrimination, conceived by COPPEM and signed by the photographer Danilo Iurato, will be lauched on Friday 16 December in the Pio La Torre Hall at the seat of Sicilian Regional Parliament.

The campaign will be posted throughout the center of Palermo and will have an international dissemination, thanks to the support of the Council of European Municipalities and Regions (CEMR), Platforma, the Conference Peripheal Maritime Regions (CPMR), the African section of the United Cities and Local Governments (UCLG–Africa), the Region of Sicily and Fidapa BPW Sicily district.

The awareness campaign aims at promoting gender equality by focusing on narrow portraits of women and men with half of their faces hidden in darkness, a symbolism which aims to make people become aware of the consequences of stereotypes and inequalities in our societies.

The official launch of the campaign on 16 December will be followed by the roundtable “Which political actions to ensure the participation of women in the institutional life of Euro-Med Local Governments?” Francesco Sammaritano, Secretary General of COPPEM, will open the proceedings, followe dby speeches from: Asmaa Rhlalou, Mayor of Rabat, Catherine Moureaux, Mayor of Molenbeek-Saint-Jean, Hanan Kaoud, Member of the Municipal Council of Ramallah, Nadjiba Djillali, President of the Popular Assembly of Algeria and Valentina Chinnici, Member of the Sicilian Regional Parliament.

Would you like to join the campaign? Find all the materials in Arabic, English, French and Italian here & here. 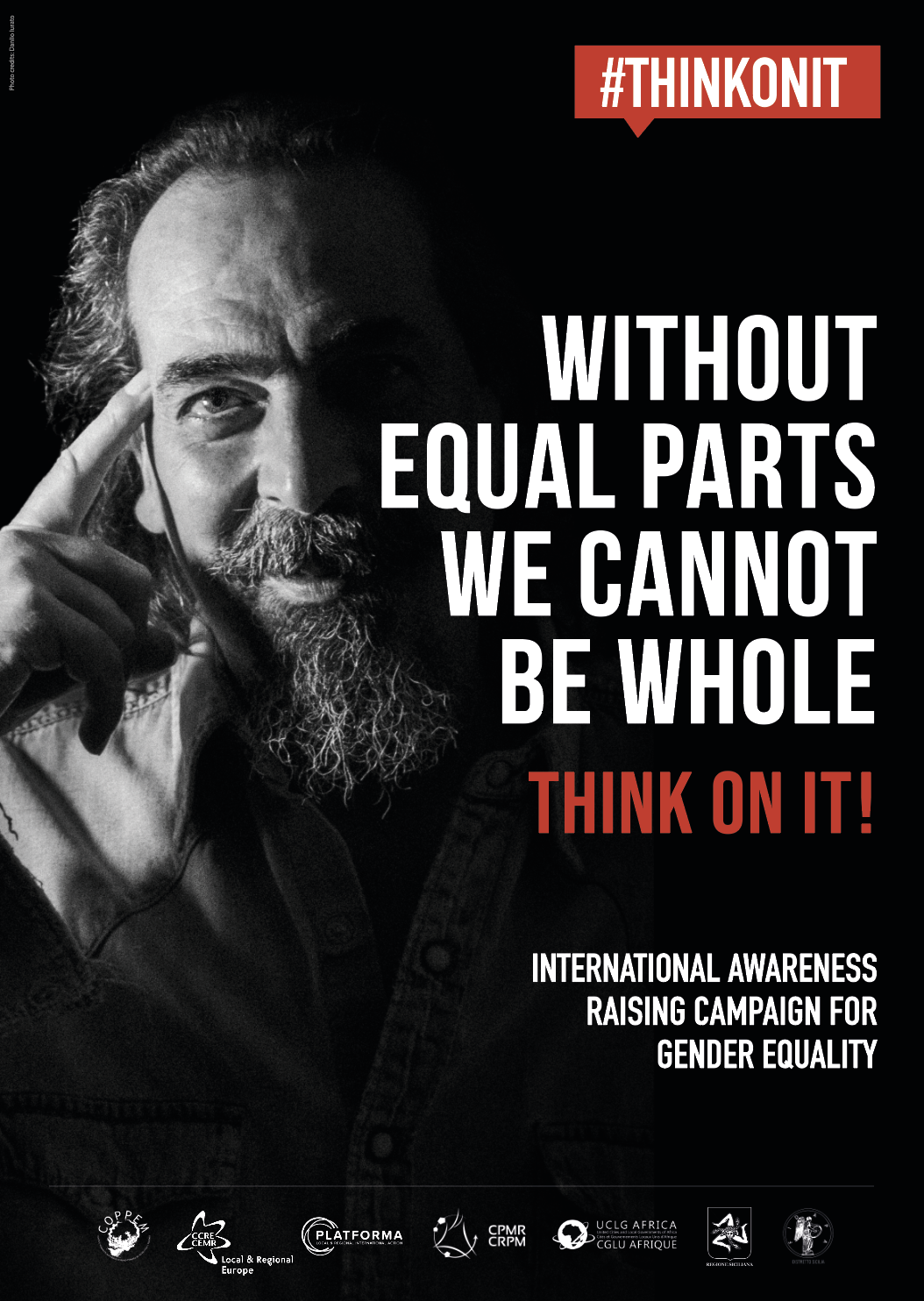