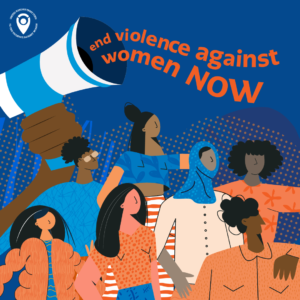 This year marks the 30th anniversary of the Global 16 Days of Activism against Gender-Based Violence. The campaign was launched in 1991 by the Center for Women’s Global Leadership (CWGL) and since involved over 6000 organisations in approximately 187 countries with a reach of 300 million people. Every year the campaign connects several actors, from civil society, international organisations, to local and regional governments.

CEMR AND 16 DAYS OF ACTIVISM

In the next couple of weeks, the CEMR will be active across several thematic areas  to raise awareness and boost local and regional governments’ actions to end violence against women and girls in Europe. From a reflection workshop on the European Charter for Equality, to a roundtable for politicians to tackle the pressing issue of harassment of local elected women, to a social partners project on preventing third-party violence and harassment at work and, finally, a few good practices coming from the IncluCities partner cities.

In the framework of the 15th anniversary of the European Charter for Equality between Women and Men in Local Life, throughout 2021 CEMR has organised a series of workshops to reflect on how the Charter could be improved and revitalised.

The final workshop on 18 November will be dedicated to articles 21, 22 and 23 of the Charter, which address violence against women and girls: in particular the article 22 focused on “Gender-Based Violence”. CEMR member associations, together with Charter signatories and civil society, will exchange on the challenges and experiences they face in implementing these articles.

Harassment and violence that local elected women face, both online and in person, in carrying out their public duties are important topics for the CEMR standing Committee for Equality. The Committee, currently chaired by Silvia Baraldi, Municipal Councillor of Legnago (Italy), will meet to discuss and exchange with its members and politicians. This will be an opportunity to collect concrete examples of experiences faced by the elected women and good practices in addressing harassment.

Fuenlabrada (an IncluCities partner city) has a Municipal Gender Observatory (OMG), a resource of the City Council’s equality department based on the guidelines set by the IV Equality Plan. As general objective, it seeks to incorporate equal opportunities into different operating mechanisms of the local administration, in addition to collecting, analysing and disseminating information on the situation of women.

Here’s the programme the city of Fuenlabrada prepared for 25 November.

In collaboration with a network of individual and associative partners, the Commune of Schaerbeek works daily via the Maison des Femmes (“Women’s House”) to give migrant women a place, recognition that values their know-how and proposes to build new skills thus aiming at emancipation in the broadest sense of the term.

The Maison des Femmes is a municipal service of Schaerbeek that exists since 2010 to promote the emancipation and citizenship of women (Belgian and foreign origin) by encouraging their social participation within their neighbourhood, and more broadly, within the society.

IN EUROPE AND INTERNATIONALLY

In preparation for a legislative proposal on Combating gender-based violence – protecting victims and punishing offenders, to be published in early 2022, the European Commission carried out a joint consultation to gather the views of the public on the measures taken by the EU Member States earlier this year.